Stranger on My Land 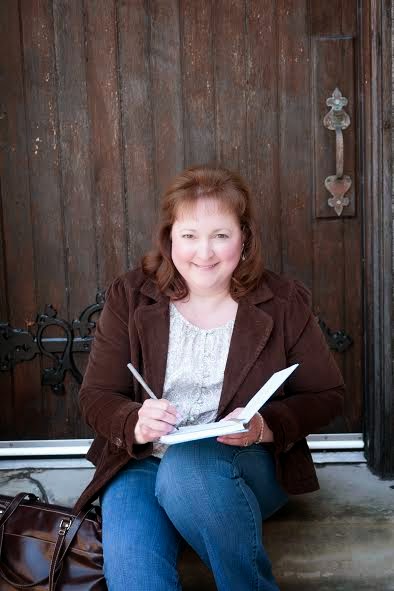 I love blogging. It often gives me a chance to meet up with other writers. This week, Sandra Hart's Civil War novella, A Stranger on My Land,  was released. So great to feature her interview today.

Sandra Merville Hart loves to find unusual facts in her historical research to use in her stories. She and her husband enjoy traveling to many of the sites in her books to explore the history. She serves as Assistant Editor for DevoKids.com where she contributes articles about history and holidays. She has written for several publications and websites including The Secret Place, Harpstring, Splickety Magazine, Pockets Magazine, Common Ground, Afictionado, and ChristianDevotions.us. Her inspirational Civil War novella, A Stranger on My Land, released on August 21, 2014.

Q. Where did you start and how did you get published?

When I decided to pursue a writing career, I needed to first learn the craft. I took a couple of writing courses at a local college, writing correspondence courses, and began attending writing conferences.

Many people that I met at writing conferences planned to pitch a story to an editor or agent. I began writing books since that was my goal. Some editors and agents agreed to look at them but no one offered a contract. The idea came to me that I started too big. Though certainly some authors start their publishing career with a book contract, it didn't seem to be the normal course.

A friend invited me to submit devotions for her website. She didn't offer cash for them but gave me something equally as good. She published one of my devotions. It started me on a slow path toward my goal, which I finally achieved. My debut novella, A Stranger on My Land, released on August 21, 2014.

Q. Where do you get your story ideas?

Inspiration for stories comes from a variety of sources: conversations with friends, sermons, newspaper articles, a chance meeting. The courageous way someone battles a serious illness or overcomes a challenge inspires me. As a historical romance writer, many of my story ideas are born of hours of research.

Another thing that inspires me is visiting new places or seeing an old location with fresh eyes.  Vacationing in a city where significant historic events took place sparks many ideas.

Q. How do you stay focused and keep disciplined in writing?

This is a tough one. Something that helps me is setting goals. I sign up to attend a conference where editors accept appointments. With this in mind, I pick up the speed on my current manuscript. Though I don't take complete manuscripts to the conference, finished first drafts spark more interest. I also take a proposal and a one sheet with me to the conference.

All of these require time to complete. It keeps me focused on the goal.

Q. Are there any books out there you wish you had written?

I can't remember thinking that about any books though I probably have. There are many talented authors who inspire me. I learn things about writing by reading novels of gifted writers. I notice how they built the tension in a particular scene or how they handled a tough conversation.

Q. How do you approach describing a setting to your readers? I mean, do you use visual images or what?

If I'm writing an historical novel, I either visit the location or look at photos on the Internet or in a book to give me a sense of how it appeared. If I can get a clear vision of the surroundings, it helps me to paint a picture using words.

Sometimes I draw a simple sketch of the interior of a home to help me remember where the staircase is located, which bedroom belongs to whom, etc. These little tricks keep me focused.

A few people have been kind enough to tell me that they felt like they were there when reading A Stranger on My Land, my book set on Lookout Mountain during the Civil War. What a compliment!

Sandra, Thank you so much for sharing your writing journey with us today. I know my readers will find this helpful as they shape their own writing  careers.

A Stranger on My Land by Sandra Merville Hart 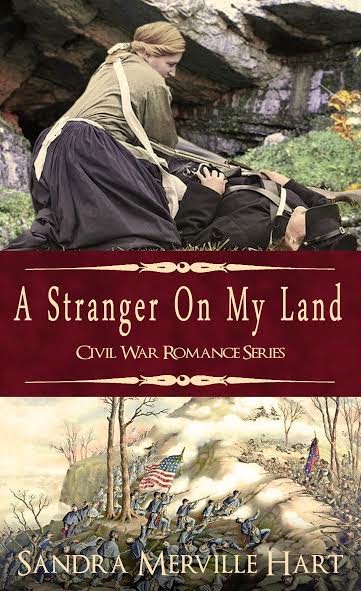 Carrie and her little brother, Jay, find a wounded soldier on their land after a battle which later became known as "The Battle Above the Clouds." Adam, a Union soldier, has been shot twice in the arm. Though Carrie is reluctant to take Adam to their cave where her family hides their livestock from both armies, she cannot turn her back on him.

But her Aunt Lavinia, bitter over what Yankees have done to their land, urges Carrie to allow Adam to die. Carrie refuses, but cannot remove the bullets. Adam's friendship with Jay softens her heart toward him. It's not long until his gratitude and teasing manner spark a friendship between the young couple. Even though Carrie's father fights for the Confederacy in far-off Virginia, her feelings for the handsome young soldier begin to blossom into love.

When Adam's condition worsens, Carrie knows a Union surgeon is needed to save his life. How can she accomplish this and keep her family's hiding place a secret?

Her book is available on Amazon. Click  HERE to order your copy today!

Leave your comments for Sandra below and be sure to check out her book.


Using Twitter, with its 140 characters, assures I make every word count. And those 140 characters include punctuation and hash tags.

For a while, I’ve been intrigued with the idea of capturing a story in 140 characters. A complete story. Beginning, Middle, and End. Why? I think exercises like this can only make us stronger as writers. Of course, if we take this seriously, we have to subtract four characters to accommodate the tag #BME.

Here are a few attempts:

Adventure
#BME Jack tied the canvas flap. Where was Al? A storm was coming. “I found it!” Al raced in and threw the bag on the table. “We’re rich!”

Romance
#BME Ali’s heart flipped when she saw Bo. She slipped on the ice. But it was Evan who rushed to her side. “And that’s how I met your dad.”

Mystery
#BME “The thief had a beard.” All men had a beard. Except one. “Elementary. He shaved as a disguise. His tanned forehead gave him away.”

Let’s have a little fun. I’m sure you’ll come up with even better stories than I did for this experiment. Post your short pieces in the comments section. You don’t have to post them elsewhere, but if you are a Twitter fan, feel free to tweet. Be sure to use the #BME. No profanity, please.

A is for Affliction

He titled the sermon “God’s Word and Our Affliction.” The reference? Psalm 119:92. Nothing more. 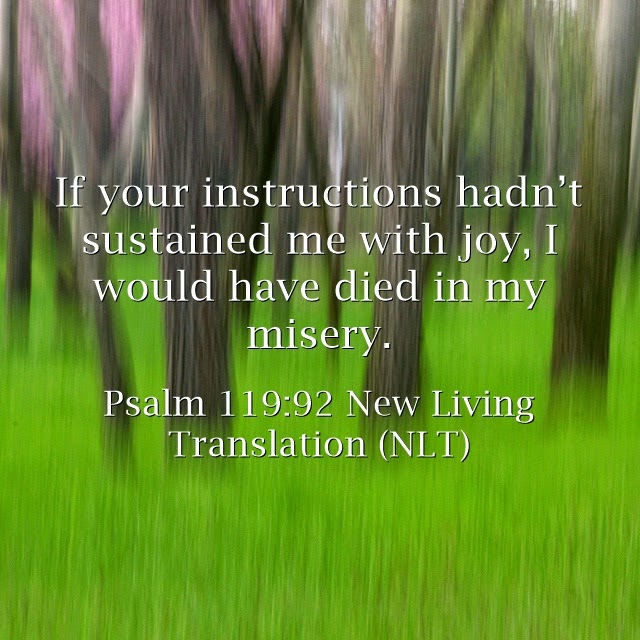 I look it up. New International Version: If your law had not been my delight, I would have perished in my affliction.

I read the whole chapter.

Affliction. Tension. The stuff authors pour on their characters to drive the story so they can ultimately offer the reader a satisfying resolution.

But these weren’t characters in a story. These were real people. One I watched on the big screen, the others I’ve long held in my heart. And arms. And prayers.

He speaks of societal hardships. Hmm…homeless? On the fringe? In the shadows? Incarcerated?

He makes reference to what he calls “vocational hardships.” Underpaid? Underemployed? Under the thumb?

His list is a treasure trove of conflict for a writer. But all I see are the faces of friends and family and a starry-eyed comedian who made me smile. And cry.

Yet, there is hope.

The Psalmist writes, “It was good for me to be afflicted so that I might learn your decrees.” It is in life we find affliction and it is in God’s Word we find comfort.

I pray you can find comfort in God's Word and that it may serve as a light to your path.

AND, YES. YOUR COMMENTS ARE WELCOMED.

“Slow down. You’re movin’ too fast.
You gotta make the mornin’ last,
Just skippin’ down the cobblestone,
Lookin’ for fun and feelin' groovy…”

Actually those aren’t the exact words to “The 59th Street Bridge Song” but it’s the way I sing it. Don’t ask why. I don’t know. I guess I learned it wrong in the beginning. I suppose I prefer skipping to kicking.

But it’s close. And for me it has great meaning. Even more so now.


One question I’m asked every time I speak about Breathing on Her Own is this: “When is your next book coming out?”

I completed writing a second novel. I have a third and fourth nearly complete and a fifth one outlined. I have two children’s books in the works and continue to do a bit of freelance work.

So when is the next book going to be published? I don’t know. I haven’t even pitched it to a publisher yet. Eddie Jones of Lighthouse Publishing of the Carolinas says it takes six months for a book to “grow legs.”

Breathing on Her Own was released on March 24th.  It is still an infant. I made a decision to pour myself into the marketing of that book through September. Six months. I considered pitching the second book to a publisher in September and even thought about attending the American Christian Fiction Writers (ACFW) conference late that month.

Yet, this summer, my husband and I are busy. We are working to ready our house for the market. We have been helping our daughters with childcare as needed. And…we have a life.

We were making one of our daily trips to the home improvement store the other day when Tom asked if I was still planning to attend a writing conference in the fall. When I told him I had decided against it, I could almost see a sense of relief cross his face. However, Tom is not one to hold me back from anything I really want. He suggested I could still sign up and go to the ACFW conference in September if I wanted to do so.

I repeat. We are busy. Hopefully selling. Possibly moving. Spending time with our family. Marketing Breathing on Her Own. Writing every day. I want to go to a conference. I want to meet up with a publisher and pitch another book. But I also want to de-stress my life as much as I’ve de-cluttered my closets. I want a sense of peace for both myself and for Tom.

I said, “No, that’s okay. There’ll be other conferences.”

Then it hit me. The song. I tend to sing Simon and Garfunkel when I’m happy.

The urban dictionary definition of groovy is “excellent, awesome, or cool.” Might I add: peaceful?

So, what makes you feel groovy?