Scribbling in the Sun

I know we are all getting excited to have a break in the weather. We’re gearing up to plant flowers in our gardens and eyeing the new summer clothes hanging on racks in our favorite stores.

Spring came early for me this year.

At one of our ACFW (American Christian Fiction Writers) chapter meetings last fall, a member shared information about a writing conference in February. A cruise leaving out of Miami. I was all in.

Most people think of Florida as one big beach. Or they only know it as the home to Disney World and orange juice. But Florida is so much more. I grew up in Florida. Florida is my home.

It was fun for me to stay in the family home once more. Before heading to Miami I enjoyed sharing a bit of “old Florida” with my ACFW friends. We picked star fruit from a tree and enjoyed its sweetness. We ate Japanese plums and walked the country roads taking pictures of the flowers and birds.

The cruise was wonderful and informative. It was time and money well spent. But when I returned to Tampa, I stayed a few days longer than my friends from Ohio.

I visited with family and high school friends.
I reconnected with my church family at First Baptist Lutz…the very church where Tom was baptized and we were married.
I traveled to Dunnellon with my mother to see dear friends who live near the Rainbow River. The river is crystal clear and icy cold.
I ate Cuban sandwiches.
I took long walks.
I scribbled in the sunshine, soaking in every ray I could before heading back to Ohio.

To me, Florida is so much more than beaches and Disney. It is home.

So what did I scribble? Yes, Libby’s Cuppa Joe releases March 8 and I’m excited about that. The early reviews look great. I have two more books at different stages in the works but in preparation for the conference, I crafted a new story. It’s a sweet (read “clean”) romance between a young man and young woman who happen to live in Florida. In a place that looks remarkably similar to my hometown. 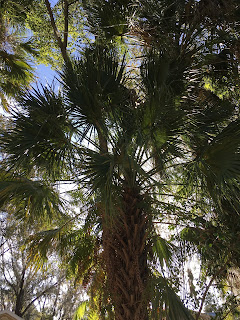 I completed the first and second drafts before the conference. Now I’m sitting in the sunshine by the lake going through the manuscript with a goal to fine-tune and edit. I’ll likely put it aside for a few weeks when I return to Ohio so I can read it with fresh eyes and make even more revisions.

So gear up. Spring is coming. Get ready to do your own “scribbling in the sun.” And while you wait, you may want to read Libby’s Cuppa Joe. Grab it HERE.

I have times in my life where I stop and say, “Wow, this time last year I was …” Of course Facebook nudges people along that path from time-to-time by posting memories “only you can see.” And there are major events that shape us in such a way we forever recognize the date as an anniversary.

I had one of those moments this week. You see, this time last year I was living in Kosovo. I was teaching fourth grade and this week, this very week one year ago, I went with friends to the celebration of Kosovo’s ten-year anniversary as a nation.

As part of our work in social studies, my fourth graders interviewed people who lived in the region “before the war,” “during the war,” and “after the war.” They interviewed people about what it was like when Kosovo declared independence and the day they officially became a nation. They could do that. I can’t go back and interview people in 1786 about America’s birth as a nation ten years out.

Some of my students recorded their grandparents talking about their lives. From personal experience I know those recordings and the perspectives their elders have will be treasured.

So why am I posting this now? I’m a writer. I know the power of “story.” When we’re in the midst of living it, we don’t always recognize the power of our own life experiences.

Last week, my youngest daughter needed help with childcare one day. My mother went with me so she could spend some time with two of her eight great grandchildren. They call her GG. It stands for Great Grandmother.

GG and five-year-old Jo were snuggled together and visiting while we waited for Jo’s sister to come home from school.

Jo thought about it for a minute, “But you’ll be died by then, GG.”

We’ve laughed about it. But the truth is this, our own personal history slips away from us. I want to encourage my readers to write down your story. What events shaped you into the person you are today? Where were you ten years ago? Or even five years ago?

Where were you this time last year?
Posted by A Novel Creation at 12:00 AM 1 comment:

How to Show Me You Love Me

For Valentine’s Day I don’t want candy or flowers. Like most women, I really don’t need more stuff. Remember the old saying, “Actions Speak Louder Than Words.” It’s true. Tom didn’t take me out to eat for Valentine’s Day. We could do that anytime. He didn’t bring me trinkets or glittery cards. He knew me. He showed his love for me every day, not just one day a year. And he supported me in every way. He encouraged me in my education and in my work. He encouraged me in my writing.

I don’t give much thought to Valentine’s Day anymore. My sweetheart isn’t around. But when asked how I wanted to celebrate this year, I didn’t give my usual reply, “Nothing…I don’t really celebrate Valentine’s Day.” This time I decided to let my friends and readers know exactly what I want this day (or week) of hearts and flowers and sweets.

I could call this: How to Show An Author You Love Her…or Him

1. Buy a book….No need to go to a bookstore and ponder which one would be best. If you don’t’ have one in mind, click HERE…It will take you to the preorder page for Libby’s Cuppa Joe, my newest novel. (Just sayin’) 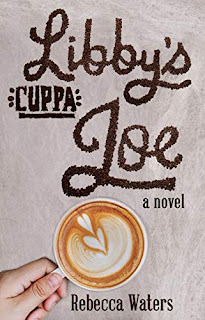 2.  After you read a book, leave a review. Reviews are like gold. They don’t have to be long or intricate. “I like it because….” Or “I didn’t like it because…” Be specific. The very reason you didn’t like it may be the reason someone else will want to read it. Numbers count. (Of course if you really don’t like one of my books, I might cry…but only for a minute. It’s your review. Write what you want.)Your review can be on Amazon or Goodreads, for example.

3.  Tell your friends about the books you read. That can be a post on FB or a Tweet. It could be talking with friends over coffee. You choose. Sharing books with your friends is spreading love all around.

5.  Ask your book club to read the book. Ask your library to order it.

6.  Show up for events where authors are featured such as bookstore signings and festivals. We love to see those familiar faces.

7.  Donate a copy of the book to your church library.

And if I’m the author on your list? I’d be happy with any of these. Of course I could settle for time spent with you –my readers –and a cup of coffee… And this:  I invite you to share this post with your friends. Just another way to say, "I love you."

"Lucy...You Got Some Splainin' To Do"

Last week I wrote a blog about “my new romance.” If you didn’t read it, you can find it HERE. It turns out quite a few people did not read the post itself. They read the title.  “Warming Up Winter: A Sweet Romance in My Life” 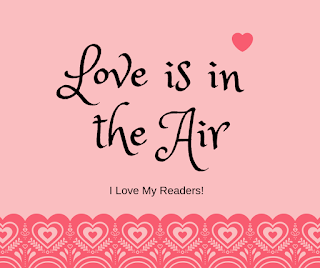 Responses confirm the notion that a title is powerful. I had messages from friends telling me how happy they were I had found someone. I had people wanting more details about the man and how we met. Many offered words of encouragement and at least one said she was praying for me to find happiness in this new relationship.

But remember, those comments came from people who only read the title.

A great number of people DID read the post to get the real scoop, making it one of my most popular writings on A Novel Creation. Their comments were also interesting and encouraging. Some called me a prankster and said I had fooled them, but most thought it a great introduction to my latest writing venture. Their words were encouraging.

The result? In the one week since I shared that post and received those comments, I’ve written a little over twenty-six thousand words. That’s over 4300 words a day for six days of writing.

It could be because I like the story. Or the characters.

It could be because I spent four of those days in Savannah in a nice hotel with no responsibilities during the day except to write to my heart’s content. (Though I will confess to watching a little HGTV since I don’t have cable at home.) The Savannah trip was with my daughter who was busy with a conference during the day.

Those are contributing factors, but I know myself. I have been able to keep the writing momentum going because of the encouraging words of my readers. When someone says, “I can’t wait to read it” or “I’m hooked” I want to write.

Your words are powerful. Not just for me but for everyone around you. Positive, encouraging words can create incredible momentum for everyone you know.

So here’s the bottom line…If you want to read this romance novel…keep those encouraging words coming!

And...While you’re waiting for that book, you can PreOrder Libby’s Cuppa Joe by clicking HERE! Have fun!