Not the way you may be thinking.

An agent I know asked me to consider writing a novel with an Amish community as the setting.

“Amish sells,” she told me.

Why? Apparently, people are living such complicated, crazy lives these days, they look to the Plain people and the simple life depicted in Amish books for escape.

“But I’m not Amish,” I said. “I’ve visited the Amish community in Holmes County, Ohio. It’s only a few hours from where I live. But my only other experience with the Amish is through a research study I read in graduate school.”

“You’re more than qualified,” she assured me. “I can sell anything Amish.”

I was not convinced. I had a few ideas for my next book, but “anything Amish” was not among them. Still, I am not one to say no without a bit of thought and research.

My mother enjoys Amish stories so I prevailed on her to loan me a few of her books to read. Suffice it to say there is Amish and there is Amish. Beverly Lewis and Wanda Brunstetter probably have the best Amish books I’ve read so far.

I read a couple of others that lacked authenticity. They seemed to have taken an existing story and force fit it into a buggy. Authenticity is important. Throwing in a smattering of Pennsylvania Dutch and a quilt here and there won’t cut it.

Finding Authenticity
I decided to dig out the ethnography (eth-naw'-graf-ee) I read in graduate school titled Children in Amish Society: Socialization and Community Education. It was written by John Hostetler, a man born into an Old Order Amish family.

Good ethnographic research relies on multiple pieces of evidence to accurately portray a particular culture. I have read ethnographies describing deaf culture, the culture of teens in a parochial school setting, and the Navajo culture among others. Ethnographies are not merely stories of a culture or one person’s perception. They rely on careful observation and accurate field notes, interviewing “informants” (people within the culture being studied), collecting artifacts, conducting surveys and so forth.

I share this because I believe a good ethnography is a reliable resource for understanding a culture and a great resource for writers –one that is often overlooked by new writers.

Central to any cultural group is their language, food, religion, and music. An ethnography following an anthropological model will examine these areas as it describes the people, their values and beliefs. It will give accurate details describing the rituals and events important to shaping their cultural norms and it will describe how the geographic location supports the group’s way of life.

Finding an Ethnography
There are over 800 ethnographies listed on Goodreads alone. I am not convinced they are all rigorous in the research method used, but still believe a writer could study these to inform his or her writing. Personally, I am drawn to university libraries housing large collections of ethnographic research.

Summing It Up
To make my decision about “going Amish” I read several Amish novels. I pulled out a couple of ethnographies written to explain Amish culture. I prayed about it.

Will my next book be Amish? No. Not unless God changes my mind. Plain people? Simple life? I’m more of a Walton Mountain kind of girl. An Andy of Mayberry sort of person. Plus, I already know the language. 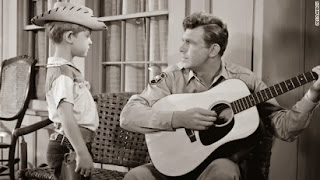 Posted by A Novel Creation at 3:00 AM No comments:

Granny Nanny in the Business World

“Granny Nanny in the Business World”
I had an interesting week last week. My daughter had to attend a business conference in San Diego. She asked if I would like to go with her to be a Granny Nanny to my four-month-old granddaughter. You bet!

The conference hotel overlooked the marina and the ocean. That would be enough. But having a large, comfortable suite was more than I imagined. Baby J was perfection and I truly enjoyed my new, albeit temporary job.

So what does this have to do with blogging? I’m getting there.

The conference was on the use of qualitative research in marketing. My own research when I was in the field of education was largely qualitative in nature. I get the lingo. On Friday morning, my daughter needed to stay in with the baby for an extra hour and asked if I would to go to one of the breakout sessions to take notes. The one we settled on was on blogging and using social media to promote your business.

The presenter, a man by the name of David Bauer, is a qualitative research consultant with a company called Hemispheres. He listed benefits of blogging. Six benefits on the list he produced truly apply to us as writers, even if they take a somewhat different twist. The headings are his. The descriptors are mine. Thank you, David.

1.     Thought Leadership- When you blog about something you know, you take a leadership role. You can show your expertise. No, I’m not the expert on how to write a novel, but I am still early enough in my career I can be a leader in sharing with other new writers the ups and downs of creating a book. I can share the process. 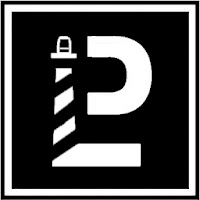 2.     Support Partners- David spoke of others out there who partner with you in your business. For me, the blog is a way I can support my publisher, +Eddie Jones and Lighthouse Publishing of the Carolinas. I can also use it to support my editor, +Bethany Kaczmarek of A Little Red, Inc. These are important people to me in my efforts to publish my book.

3.     Support Colleagues- No matter what you think, writing is not a competition. Each book is unique. Each author brings a fresh perspective. I have had the privilege to meet several new and established authors at writing conferences and via Facebook or Twitter. I can support them through my blog by writing about them or reviewing their work. I can invite them to be guest bloggers on my site or interview them. We are in this together.

4.     Be creative- Yep, that’s us. We thrive on creativity in the written word. The blog can be a way to tell the story that isn’t going to be told elsewhere. It’s a place we can dump our ideas and play with new concepts. Who knows, comments from others might fan the flame that brings one of those ideas to fruition. 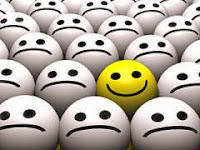 5.     Have fun- One of the greatest benefits of blogging on a regular basis is you get to know your voice. You begin to develop your brand. If I say Mary Higgins Clark, you think “mystery.” If I say John Grisham, you think “lawyer drama.” If I say Danielle Steel, you think “romance.” That is branding. One day, I hope you hear “Rebecca Waters” and think “Christian fiction.”

6.     Build Website Traffic (Don’t worry, this is the last one.) You can link your blog to your website and visa versa. Of course I see great benefits here. Even better if I actually had a website. But that’s another day. And another post.

For more information about Lighthouse Publishing of the Carolinas, follow this link:
http://lighthousepublishingofthe carolinas.com

For more information about Bethany Kaczmarek or A Little Red, Inc. follow this link:http://bethanykaczmarek.com

For more information about David Bauer or Hemispheres, follow this link:      http://www.hsrsh.com/about/our-team/

For more information about the publication of my first book, Breathing on Her Own: Stay tuned! I will be announcing the publication date on this blog.
Posted by A Novel Creation at 12:00 AM 3 comments: