Meet Travis: Breakfast with the Characters

Today I offer you a second story to get to know Molly and Travis Tipton, main characters in Breathing on Her Own. Be sure to share this link on Facebook, Twitter, or by email to your friends. Let me know you did it and you may win a $5 gift card to either Target or Starbucks. Be sure to tell me via email (I’ll not share that info with anyone—but I can’t get the info from the blog site.) rwaters.author@gmail.com. Congrats to Brenda Webb for winning last week's drawing!

Molly Tipton rolled over and pulled the soft blanket up over her ears to ward off the penetrating chill of winter. “Why can’t we turn the heat up a smidge?” she murmured in her husband’s ear.
“Because we’re being energy efficient, remember? What time is it anyway?”
Molly rolled back to look at the alarm clock on her nightstand. “Half past seven,” she answered sleepily.
“What?” Travis jumped out of bed as Molly did a double take on the clock. “I have a meeting in an hour.
Molly was close behind him. “I have a conference call. That dumb clock. It has a mind of it’s own.”
Travis jumped in the shower off their bedroom so Molly dashed into what they still called “the girls bath.” Their older daughter, Laney, had been married for nearly ten years and Lissa, now twenty-three years old, had been away at college for five. Within the year, she would graduate, move home, and likely reclaim the second bathroom as her own.
“No time for breakfast, Molls. I’ll just grab something on the way.”
Molly looked at the clock on the dashboard as she pulled her Honda out just a minute before Travis. Out the door in less than twenty minutes. Her mother’s voice in her head scolded her for leaving with her hair still wet. “You’ll catch your death of cold.” Molly turned the heater up and aimed all the vents toward her wet head.
A quick trip through McDonald’s drive-thru window for a breakfast sandwich and coffee would still put her at work before the conference call. Molly made the turn. She noticed Travis in her rearview mirror follow her to the restaurant. Great minds. Getting up late, a rushed start, now a fast food breakfast. Not the best way to begin a workweek on a dreary day in January.
Molly reached for her cell phone. It wasn’t in her purse. Again. For the third time in two weeks she left it plugged in the charging station. “Why have cell phone if you never have it with you?” Travis complained. Why indeed. She only hoped he didn’t try to call her now.
“That will be three-eighty-nine,” an older woman informed her at the window. 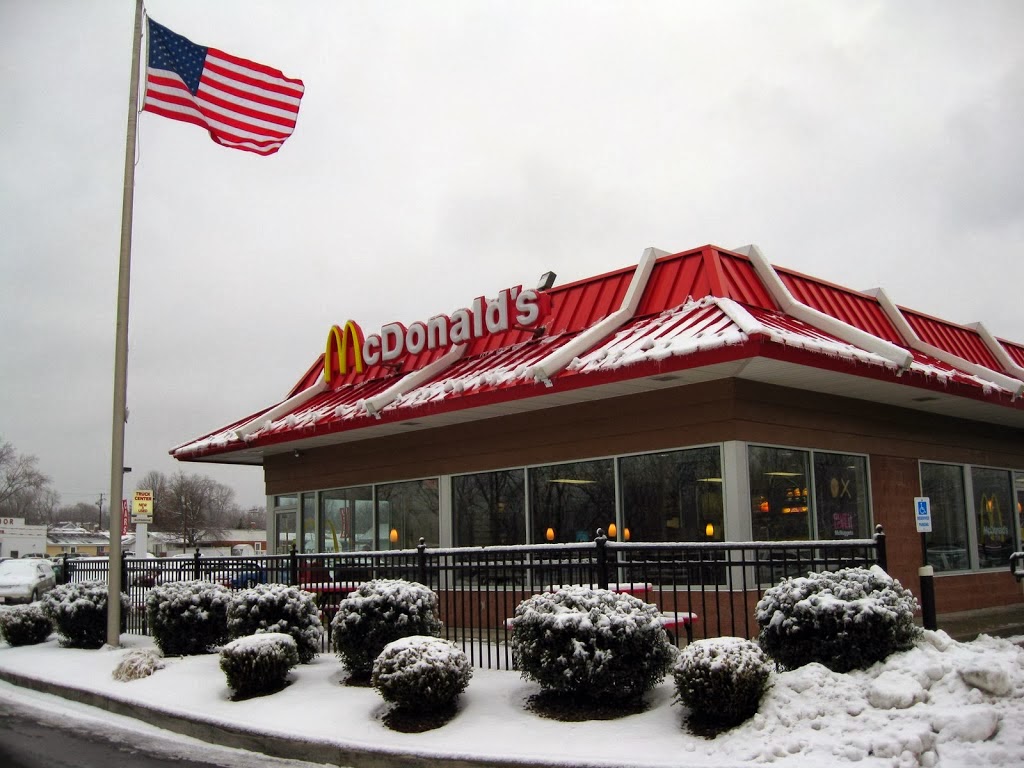 Molly looked at the money in her hand. “Tell me, what did the good looking man behind me order?”
“Same as you, except he added a juice.”
“Here,” Molly handed over a ten. “I want to pay for his breakfast too. Just tell him the woman in the red Honda thinks he’s good looking and wouldn’t mind meeting him. Tell him to be here tomorrow. Same place, same time.”
The gray-headed cashier snickered. “Okay. Will do.”

Molly made it to her office with time to spare. She knew Travis had a full day of meetings as well. She was anxious to hear what he thought of her treating him to breakfast but as the day progressed, work took over.
On her way home, she picked up a roasted chicken at the store. Add that to some veggies and pasta and Travis would be surprised. She was putting together a white sauce for the pasta when her husband pulled into the garage.
Travis came up behind her. He wrapped his arms around her waist. “Hey good-lookin’.”
Molly tilted her head. “Hi, there. Dinner is almost ready.”
“Can’t beat breakfast.”
Molly turned. “So you got it. What did she say?”
“She leaned out of the window, her arms crossed and said, ‘Your money’s no good here, sailor.’ Then she pointed to your car and said, ‘The woman in that little red car says she thinks you’re good lookin’ and she wouldn’t mind meetin’ ya’.”
Molly laughed at Travis’s impersonation of the sweet cashier.
“Yep. And then she told me you said you would be willing to meet me there tomorrow if I was interested.”
Molly turned to stir the sauce. “So what did you say?”
“I said, ‘Oh, that happens to me all the time.’”
Molly made a face. “You didn’t.”
“I did. Molly Tipton, have I told you lately how much I love you?” Travis turned Molly back to him and kissed her hard. “You made my day. That’s why at lunch, I bought us a little gift.”
“A present?” Molly turned the burner off and set the pan on the side. “What is it?”
“A little something for both of us. But you can open it.” Travis went around the corner of the kitchen and pulled out a shopping bag from the hallway. “Don’t mind the wrapping.”

Molly sat down like a child at Christmas and peeked inside the plastic bag.
“Oh, Travis, an AM/FM clock radio. Just what I’ve always wanted.”
“Good. But be sure to set it for 6:30am. I want to get to McDonald’s early. I have  date.”

Okay, yes. This is based on a true story. I really bought my husband’s breakfast. The woman at the window actually said, “Your money’s no good here, sailor.” And Tom replied with, “That happens to me all the time.” Real life. Fiction. Where does one stop and the other begin?