Danger: Read at Your Own Risk

Human Trafficking is a worldwide evil. In India, girls, some as young as nine-years-old, are coerced, kidnapped, and sold into slavery. They are forced into prostitution and live out their lives in brothels unless someone rescues them.

For the girls we met in India, the rescuers had arrived. One. At. A. Time. During our time there, we visited in the homes of young women now 18-25 who are redefining themselves. Some had been rescued at age twelve or thirteen and placed in a government approved facility first.

Note: You will see no pictures of the girls on this blog.  Their identity must be protected. 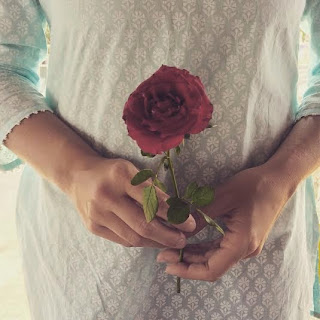 It was difficult to look at these beautiful faces and imagine the trauma they had endured. As we worked together, the young women talked of their hopes and dreams.

What does their future hold? Many of their families will not have them back. They are forever marked as unclean. It is possible some will marry and have the family they long to have, but it isn’t likely. It will take a very special man to marry a woman with such a past.

One woman told me she wants to be a social worker and help other girls. Another is studying to be a nurse. Like most their age, they have ideas for what their future holds. With the help of Christian organizations they are beginning to realize their dreams.

We visited their vocational school. There the girls can learn computer skills. They learn to speak English. They may learn a trade such as the crafting of delicate jewelry or sewing.

And the girls learn that God loves them. They learn how they are made clean in His eyes. Their house mothers care for them and pray over them as loving mothers do. They go to church. They read the Bible. They sing songs of praise to the One who never abandoned them and never will.

A few months ago, my Bible reading took me to Jeremiah 18. In the first few verses of the chapter, Jeremiah is told to go to the potter’s house where God will give him a message. Jeremiah goes. He watches the potter craft a pot out of the soft clay. The clay becomes “marred” and the potter reshapes it into a new vessel. Complete. Useful.

At first glance, my only thought was that God has a plan for the rest of my life. It made sense to me. I was one person—Tom’s wife. Now I am Tom’s widow. I am in the process of redefining myself. I wasn’t  “marred” per se –more like “broken.” I read the verses and experienced the assurance that God will form me into something new. Complete. Useful.

Then I went to India.

God has a plan for the women I met. He has led them to a safe place. He has restored their soul, their hope, their joy and laughter. He will shape them into new vessels. With His love and protection they will be made whole. They will live a life of purpose.

NOTE: Human trafficking is a worldwide evil. The rape and exploitation of young women is prevalent everywhere. Yes, even here in the United States. God has not abandoned these women. His heart is broken for them. But He has a plan. We need to work in accordance with His will. We need to help stop human trafficking and reach out to women who have been sexually abused. Consider these statistics:

•    Human trafficking generates $9.5 billion yearly in the United States. (United Nations)
•    Approximately 300,000 children are at risk of being prostituted in the United States. (U.S. Department of Justice)
•    The average age of entry into prostitution for a child victim in the United States is 13-14 years old. (U.S. Department of Justice)
•    A pimp can make $150,000-$200,000 per child each year and the average pimp has 4 to 6 girls. (U.S. Justice Department, National Center for Missing and Exploited Children)
•    The average victim may be forced to have sex  20 or more times a day. (Polaris Project)
•    Fewer than 100 beds are available in the United States for underage victims. (Health and Human Services)
•    Department Of Justice has identified the top twenty human trafficking jurisdictions in the country:” Houston • El Paso • Los Angeles • Atlanta • Chicago • Charlotte • Miami • Las Vegas • New York • Long Island • New Orleans • Washington, D.C. • Philadelphia • Phoenix • Richmond • San Diego• San Francisco • St Louis • Seattle • Tampa  (Department of Justice)
•   One in three teens on the street will be lured toward prostitution within 48 hours of leaving home. (National Runaway Hotline)