Note: This post first appeared February 25, 2015 on Norma Gail Thurston's blog. Recently, I was talking with a friend about Tom and our trip to Italy. I told her about Tom's boldness in speaking  God's truth. I told her about this post and she suggested I post it here. I pray you will live without fear. Be bold in sharing the Gospel. Enjoy with me once again, the  Roman Ruins.

Our trip to Italy had been a once in a lifetime experience. We had been traveling with colleagues of my husband; fellow scientists interested in understanding the safe lifting equation adopted by the European Union. The fact my husband had led the research team that developed the equation made him something of a rock star to the engineers and scientists in Italy.

We were blessed to eat in the homes of some of our new Italian friends. They traveled with us through Tuscany, showing us out of the way pools of water and waterfalls for swimming and taking us to their favorite restaurants. We made our way to Rome where one of the men with us recommended we “get lost in the city” to truly explore it. It was a wonderful experience.

But nothing like the one God offered as we stood overlooking the Roman ruins. A once beautiful city now fallen and decaying with time. 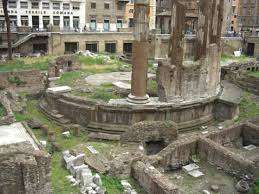 As we stood there, one of the men turned to Tom. “So you’re a Christian?”

“I’m a Believer,” Tom affirmed. We’ve learned in our travels, the word Christian has multiple meanings and not all of them good.

“So you believe in God?”

“So you believe God created the earth?”

“Yes.” By this time all members of the group are listening intently to this conversation between the two renown scientists.

“Then you don’t believe in evolution?”

You could hear a pin drop.

“Of course I believe in evolution. Evolution means change. Everything changes over time. But I don’t believe living things change from one species to another. No.”

I’m wondering what the others are thinking. I’m praying for God to give Tom the words he needs to share with these people we have come to love, the words that will inspire them to seek God; to know Him. 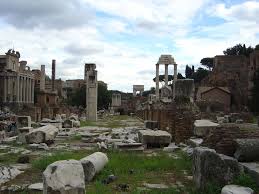 “There is a scientific principle that is not disputed called entropy,” Tom begins. “Simply stated, left alone, chaos cannot come to order, but order will disintegrate into chaos.”

Remember where we are standing. Tom is now turned, his back to the ruins of a once great city. He’s looking at his friend and colleague. No other word is spoken. No other word is needed. Heads are nodding slowly. Eyes are cast down. You can almost hear the wheels turning in these great minds. I look at Tom. I know he  is praying for the hearts to turn as well.


Thank you for visiting the blog today. Thank you for allowing me to relive this moment of my sweet husband and his constant desire to do God's will. The Center for Disease Control (CDC) in Atlanta has announced a scholarship/endowment fund has been set up in Tom's name. If you are interested in making a donation or want to know more about it, go to The Thomas R. Waters Memorial Scholarship for Ergonomics Research.