One Year: In Memory of Thomas R. Waters 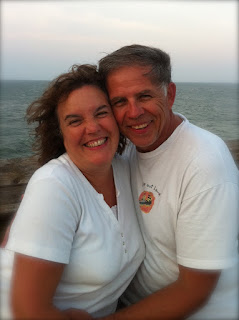 October 29, 2014 was a beautiful, sunny day. Shortly after lunch, my husband, Tom donned his gear, including his helmet, and set out for his daily bicycle ride. He rode fifteen to twenty-two miles every day. He was dedicated.

I’m a writer, so I sat down at my computer to continue work on the novel I was drafting. Tom had not been gone but a few minutes when my cell phone rang. It was 1:13.

The caller told me Tom had been in an accident on his bike. Someone had already called 9-1-1. Apparently Tom’s front tire dropped off the pavement. He was thrown into a tree. I was out the door and headed to the site before hanging up with the unidentified man on the other end of the line. I arrived on the scene as the paramedics were beginning to assess his injuries.

“Can’t breathe,” Tom whispered. The paramedics offered to help him to a sitting position to see if that would help. He nodded. But as they raised him up, he passed out. The only visible injuries were the scrapes on his left arm where he hit the tree. I watched as they lifted him onto the gurney. I watched carefully. I made note of the uneven earth and the awkward stance of the two paramedics on the opposite side of the gurney. I knew Tom would ask me later about the lift.

You see, Tom was the lead author of the Revised NIOSH Lifting Equation (RNLE). For over twenty-four years he had conducted research, taught classes, and presented compelling information to people around the world about lifting practices to enhance worker safety. He worked with caring people in industry. People like those at Toyota and Corning. In addition, Tom’s interest included extensive research into safe patient handling. I knew he would be concerned about the paramedics. So I watched.

In a few minutes, Tom was being driven away. The hospital is adjacent to our neighborhood so I handed Tom’s bicycle to a teenage boy to deliver to my house, made a U-turn on the main road and arrived at the hospital moments before the emergency squad.

The internal injuries were far greater than I expected. The medical staff did everything possible, but at 3:13, they pronounced my husband of forty-three years, dead.

This past year has seemed surreal. At times I cannot imagine Tom is gone. Other times, the pain is so great I wonder how I can breathe.

A few months after Tom’s death, the Center for Disease Control Foundation (CDCF), with the support of Tom’s coworkers, announced the formation of a memorial scholarship in Tom’s name. I know he would be honored. Moreover, I know that with the educational support offered through this fund, Tom’s legacy of concern for worker safety will continue. His name will live on, forever connected to the field of ergonomics and safety engineering. This memorial is funded through charitable donations. 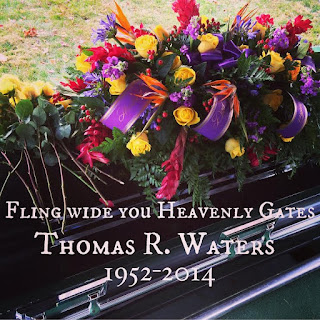 Here is an excerpt from the CDC Foundation site:

I ask for you to consider this fund in your end-of-the-year giving. Any and all gifts help. And…I have a commitment to match end of the year giving up to a total of $10,000.

For more information or to give to the foundation, click on this link: