Lessons Learned on Edginess from the 4077th

I’ve been told my stories are good but need a bit more edge to them.
Edge?
I think I write edgy stuff.
For me. 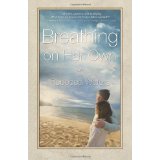 In Breathing on Her Own I had a mother of two have an accident while driving under the influence.
In Libby’s Cuppa Joe I had a woman get pregnant out of wedlock.
There’s a kidnapping in the Edge of Quiet.
Rocks and Hard Places has a school shooting.
And now, in my latest work, Courtesy Turn, my protagonist has a stalker lurking about.

By today’s standards I play it safe.

But I don’t think edginess is all about the tension surrounding the antagonist or even the plotline or situation. It is not all violence or sex, either.

I think edginess is found in making my characters a bit larger than life. I’m not talking about superhuman powers. I’m thinking along the lines of exaggerating their quirky habits or behaviors, making them sassy or quick-witted. Or crazy. Or obnoxiously boring.

I'm talking about allowing my characters to think the unthinkable.

Giving them permission to say the things I would never say. Out loud.

Allowing them to take unimaginable risks on the pages of my novel.

Would an example help?

Consider this story line: A doctor needs a new pair of boots and goes to great lengths to get them.

Safe, right? But make that doctor Hawkeye Pierce, put him in the middle of a war in Korea, give him a crazy sarcastic sense of humor and a clever wheeling and dealing do-anything-to-get-new-boots persona and you have an edgy story. Hawkeye has attitude. He’s willing to break rules to get what he needs. He’s willing to cross the boundary of being nice to Frank Burns in order to get boots without holes in them.

M.A.S.H. has violence inherent in the war setting, but we only see the aftermath.

M.A.S.H. has sexual innuendo and the audience is well aware of the infidelity going on in camp, but we aren’t privy to anything graphic.

The writers of M.A.S.H. pushed the envelope on social issues and allowed us to see differing viewpoints.

Let’s face it. M.A.S.H. was a comedic-drama. It was edgy. Every character had a quirkiness about them. An exaggerated personality with which we could all identify.

So my challenge to you…and to me this week is to rethink those sweet little characters. I want to let them get out of my comfort zone and shake things up a bit.

What do you think? How do you describe “edgy?”