The third Wednesday of each month I’ve dedicated to featuring another writer. This week I have Heather Gray as my guest. She is so grounded and so delightful you are going to want to read her latest book. I decided today to put the info about Heather’s book right up front…I don’t’ want you to miss it!

An Informal Introduction by Heather Gray

She saves lives. He protects them. And someone's trying to stop them both.

Lily Ziminski is an ICU nurse near the nation’s capital where politics are a regular part of hospital policy. Assigned a series of high-profile patients, she finds herself an unwilling focus of the media. Lily would much rather do without all the attention…except where one cowboy-hat-wearing state trooper is concerned.

Caleb Graham runs into the same captivating nurse twice in one day, and he’s not a man who believes in coincidence. When problems at a local impound lot force him into the middle of a bizarre case that threatens Lily, Caleb will stop at nothing to protect her.

From a stranger in a parking garage to Secret Service agents, surprise chases Lily around every corner. In the midst of the chaos, she has two constants – her longtime faith in God, and her growing attraction for a silver-eyed trooper. 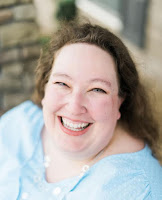 Now Let’s Meet Heather
Heather Gray loves coffee, God, her family, and laughter - not necessarily in that order! She writes approachable characters who, through the highs and lows of life, find a way to love God, embrace each day, and laugh out loud right along with her. Her books almost always include someone who's infatuated with coffee, too. Some things just can't be helped. Heather delights in creating characters who like her, have their share of faults and foibles, characters who are flawed...but loved anyway.

Me: Thank you so much for agreeing to be on today’s blog. Let’s get right into it. My first question I like to ask my guests is how long have you been writing?

Heather: I’d love to paint a grand picture about how I always knew I was meant to be a writer. That’s even sort of true.  I wrote my first story when I was in the fourth grade, and I loved the way it made me feel.  I continued to write until I went to college.  Then life happened.  Between school, marriage, parenthood, and employment – writing just kind of fell by the wayside.

The longing to write stirred to life in me again in late 2010, and I started playing with a story idea.  It had been so long, though, that I couldn’t remember even the basics.  Present tense or past tense? First person or third person? I started writing in the spare minutes here and there, but those minutes were few and far between.  I homeschooled two active children, I worked a part-time job from my home office, and I took care of my family. Life was full.  I really couldn’t imagine it being any fuller, or any better.

Then in late 2011 my daughter became ill. It’s a long story that involves almost daily catastrophes spanning six months. My little girl – age nine at the time – went home to be with Jesus in the spring of 2012. The week after her memorial service, a friend asked what I was going to do with the rest of my life and suggested that I try my hand at writing. “That eulogy you wrote was something else.”

We all deal with grief in different ways. I’ve always been someone who sorts out her thoughts by writing through them, and this was no different.  I started writing that very day, and less than five months later, I sent a completed manuscript off to a publisher. It’s a fiction story, a western romance even, but even so - God and I had a lot of conversations in the pages of that first novel. Anybody who knows me well enough to understand what I was going through at the time can probably spot most of them.

In any event, it’s been four years since I sat down at a computer and started writing that first story. God and I still talk to each other through the writing process.  It’s one of the things I most cherish about what I get to do. Writing brings me closer to God. It allows me to look into a mirror and see the things about my own faith that I might allow myself to be blind to otherwise.

Me: I totally understand that. As you know, I lost my husband in 2014. I think of my writing as a gift from God. It has helped me through some difficult days. But let’s move on. Where do you get your story ideas?

Heather: From the time I was little, my head was full of stories.  At night, I’d lay down to go to sleep, and I’d sort through the stories in my mind the way some people sort through books in a library.  I’d choose which one to pull out. Then I’d pick up the story from wherever I’d last left off, and I’d paint the story in my mind until I fell asleep. The next night, I’d go through the same process.

I wouldn’t be exaggerating if I told you I have at least a dozen stories inside of me just waiting to get out at any given time. The funny thing is, I always thought it was like that for everyone. It wasn’t until I was talking to a group of readers one time and asked them about the stories in their minds – and was met with utter silence – that I realized the head-filled-with-stories syndrome really is unique to writers (and other artists, to some extent).

I wish I could tell you where those stories come from, but I can’t. They’re just always there. I’ve finally accepted that they’re a gift from God, a special part of the way He wired me.

Me: (laughing) I do exactly the same thing! And I rewrite endings to movies in my head if they didn’t turn out as I liked! How long do you stick with and idea that isn’t working before you decide to discard it?

Heather: I’m more stubborn than the average bear.
I’m a firm believer that very few problems are beyond fixing. Sometimes I need to brainstorm with another person, and sometimes I need to make cuts. (I once cut 15,000 words from a manuscript…and the book is a million times better for having suffered the cut.)

Even though I will fight with a story to get it to the very end, I do have a couple of manuscripts that I’ve not yet published. They’re written, but something just isn’t quite right. I haven’t yet figured out what, though. I’m holding onto those stories for now, and they continue to percolate in the back of my mind. At some point the puzzle pieces will fall into place for me, and I’ll be able to unlock the mystery of what is wrong with them and what needs to be fixed.  Then I’ll dust them off, fix them up, and get them into the hands of readers.

Me: What was your biggest challenge after having your first book published?

Heather: Ha – you sure know how to put a gal on the spot!
First books and biggest challenges…hm. I’m my own worst critic. It’s the truth. I still apologize to people who tell me they’ve read that first book. (Don’t laugh. It’s true.)

My biggest challenge early on was simply believing in myself, believing I had a voice that people wanted to hear, and believing that the stories in my head were worth telling. To be honest, I still struggle with those same doubts from time to time. As I’ve grown as a writer, though, I’ve become more comfortable with who I am and with my place in the world. I am happy to be used by God however He sees fit to use me – whether it’s through stories, by encouraging other Christian authors, or simply by serving in my own church – anything I can do to bring honor and glory to God is worth it.

Me: Great answer. So, how did you learn to write good dialogue?

Heather: I’m naturally good at it. Just kidding! J
Most of what I know about writing – including dialogue – I learned by being edited. There’s something about having people tell you everything you’ve done wrong that makes you want to learn how to do it correctly. Be it dialogue, narrative, point of view, or any other aspect of the craft of writing – I know what I know because editors have taken the time to invest in me, to point out my errors and to answer my questions when I’ve asked why something was incorrect.

Second only to working with editors is reading. Reading well-written books and dissecting what makes them so fabulous. If an author has captivating dialogue, ask yourself why. What makes it so special? If another author has a way of pulling you into the story from the very first paragraph, find out why. Study what he or she is doing and learn from it.  Read books written by people who are amazing at what they do, and be willing to learn.

Me: That fits perfectly with the post I put up last week on editing. (After the Draft) Heather, Thank you so much for being my guest on A Novel Creation. I count it a joy to get to know you better.

Heather: You are welcome! One more thing I would add. I know a lot of your readers are aspiring writers. By its very nature, publishing is a challenge. I’d say the most difficult part for me personally, though, is opening myself up to judgment. Every single time I send a book out there into the world, I am opening my work – something I’ve poured my heart and soul into – up to judgment by others. And the reality is, not everybody is going to like a book. That’s okay. The writing part of this career is fun. The rest of it is work, but the writing is pure pleasure.
Writing…feeds my soul. I hope it can be that way for you and your readers as well.

Me: Thank you! Now readers, it’s your turn. Feel free to ask Heather those burning questions you have for her or to comment on the interview. She’ll be happy to respond.