Art in Writing by Robin Mason

God just has the (ahem) funniest sense of humor.  Back in 2008, He asked me if I remember when I was a girl and I wanted to be an Interior Designer. I said, “Yes, I remember that.” To which He replied, “Then to do it.” A month later, He gave me the beginning of what would become my debut novel, Tessa. I had made piddly progress, and dragged my feet on starting the design program. 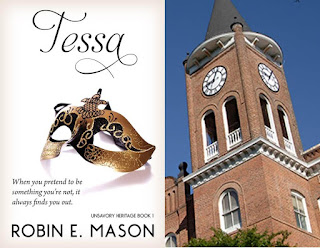 Fast forward. I started classes in February of 2009, thinking I could juggle school and writing. What I didn’t know was that Rheumatoid Arthritis was lurking, and I was diagnosed the following year. 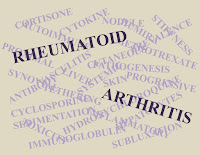 All this to say, that, unbeknownst to me, my main characters are all artists. And here I was, an ART major! I became so enamored with art history that I had thought to add it as my minor!

And all this to say, that those same classes fed my incubating manuscript. And when the time came to describe each of my gals’ art, I knew my stuff! 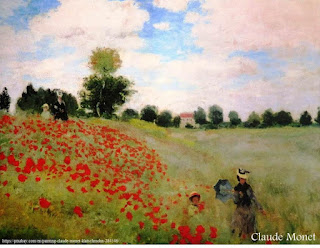 “Impressionism is a 19th-century art movement that originated with a group of Paris-based artists. Their independent exhibitions brought them to prominence during the 1870s and 1880s, in spite of harsh opposition from the conventional art community in France. The name of the style derives from the title of a Claude Monet work, Impression, soleil levant (Impression, Sunrise), which provoked the critic Louis Leroy to coin the term in a satirical review published in the Parisian newspaper Le Charivari. 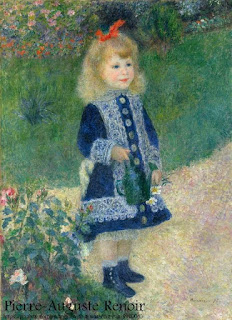 Impressionist painting characteristics include relatively small, thin, yet visible brush strokes, open composition, emphasis on accurate depiction of light in its changing qualities (often accentuating the effects of the passage of time), ordinary subject matter, inclusion of movement as a crucial element of human perception and experience, and unusual visual angles.” [taken from Wikipedia]

Claude Monet is easily the most recognizable name associated with Impressionism, but my favorite (if forced to choose just one) would be Pierre-Auguste Renoir.

In Tessa, there were two other characters whose style was significant, Fauvism, Cubism, Dadoism, Surrealism, and Photo Realism.  Fauvism, Cubism, and Dadoism came on the heels of Impressionism, and for as much as Impressionism broke the previous set of rules in the Paris Art Academie, these went much further. Artists like Frida Kahlo and Salvador Dali, Pablo Picasso and Paul Gaugin. 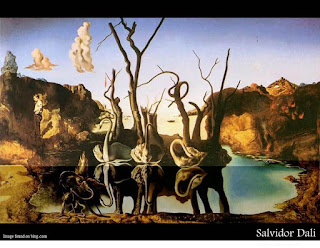 “Fauvism is the style of les Fauves, French for “the wild beasts…”
“Dada, or Dadaism (pronounced just like it looks) was an art movement of the European avant-garde in the early 20th century…  To quote Dona Budd’s The Language of Art Knowledge, “Dada was born out of negative reaction to the horrors of World War I.”

“Surrealism is a cultural movement that began in the early 1920’s, and is best known for its visual artworks and writings.  The aim was to “resolve the previously contradictory conditions of dream and reality.”  Artists painted unnerving, illogical scenes with photographic precision, created strange creatures from everyday objects and developed painting techniques that allowed the unconscious to express itself and/or an idea/concept.

My passion for art goes beyond what I used in my stories. I am fascinated with ancient Egyptian discoveries, and Greek and Roman, African and Japanese.

I found, too, that art is an aid to learning history. As I learned of the history of art, so, too, I learned the history of the people who created it. The Sumerians, Egyptians, Assyria, Babylonia…  I could go on—but then this would be the longest blog post… in history!

* Source: Definition and description of all art forms and genres is taken from Wikipedia.

“I once said I should write down all the story ideas in my head so someone could write them someday. I had no idea at the time that someone was me!”

Ms. Mason has been writing since 1995, and began working in earnest on her debut novel, Tessa in 2013.  Meanwhile, she cranked out a few dozen poems, made countless notes for story ideas, and earned her BFA in Interior Design.  Ms. Mason lived with depression for many years, and the inherent feelings of worthlessness and invisibility; “I didn’t want to be who I was and struggled with my own identity for many years.” Her characters face many of these same demons.

Ms. Mason writes stories of identity conflict. Her characters encounter situations that force the question, “Who am I, really?” For all who have ever wondered who you are or why you’re here, her stories will touch you in a very real—maybe too real—and a very deep way. “I know, I write from experience.” 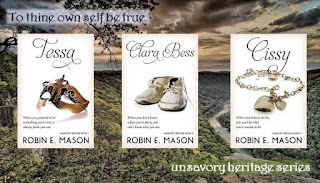 Ms. Mason has three novels published, the Unsavory Heritage series. Tessa, Clara Bess and Cissy are available on Amazon, both for Kindle and in print. She also has several poems included in the  anthology, Where Dreams and Visions Live (Anthologies of the Heart Book 1) by Mary Blowers as well as a short story, Sarafina’s Light, also in an anthology, Blood Moon, compiled by Mary Blowers. She is working on a personal compilation of poetry to be released in 2017, and will release, Long Shadows of Summer, the first book in her new series, Seasons, also in 2017.

You can learn more about Ms. Mason and her books
here: