From the Shadows Came ...the Character 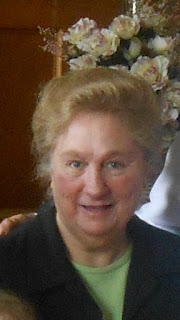 Join me in welcoming Award Winning Author, Carole Brown, this week's guest on A Novel Creation. Carole is one of the nine authors selected for From the Lake to the River: Buckeye Christian Fiction Anthology 2018. Her story, Christmas Angels, is a tender and emotional story taking place during WWII. I asked Carole to share some of her secrets to developing believable characters.

Most times I know the beginnings of the plot to a new story. And as I study the structure line, the two main themes: romance and suspense/mystery develop fairly quickly. I know what I want to create in the suspenseful realm, what the mystery will be and sometimes the ending or how it will be revealed. The romantic side's greatest challenge for me is deciding how to end the story. I may not know some details, but with research, conversation with my best go-to people, and contemplation, I can figure it out.

But the character development is different. Today I'll share one way I develop characterization by using  two different personalities (in the simpliest form).

Complex characters.
Example:
·     Abigail, the main character in Christmas Angels. I wanted to show her strength and courage, but also her fear, doubts and a bit of self-pitying. How did I do this?

One of the best ways, for me, is to use other people. In this novella, I brought in a brief scene of Abigail's mother.Just in that short period, readers can get a glimpse of what type of woman she is. Demanding. Overbearing. Berating. A definite, if poor, example for Abigail. Anyone who can crawl away from such a demeaning existence has to have something deep within them that causes them to be more than was expected.

A huge contrast, is Abigail's husband, Patrick. The reader barely gets a visible picture of the man, but his sense is throughout the story. His absence is made so much stronger by the emotions he exhibits on Abigail. He believes in her and because of that, the reader knows, the man really loves her. His confidence that she is a strong woman, capable, and smart filters through her thoughts and gives her the encouragement to hang on.

I wanted to create a young girl, a mother and wife, who came from, at best, an unhappy home life. A female who made a choice and is satisfied with it. A doubting, scared, worried person who moves ahead with life in spite of her feelings. A person who learns throughout the story, in a very subdued way, that prayers are answered.

So Abigail's complex character can be defined as:
·      Smart in deciding what to do about money even though she pities herself by imagining she's been abandoned by the one person she knows loves her.
·      Brave and courageous in the midst of fear. How to handle the problems facing her. How to handle life if Patrick doesn't return. How to provide for herself and her daughter.
·      Fearful that she is and will be alone in raising her young daughter if something should happen to her husband. Can she do it alone? Can she do it right? Was her mother right?
·      Believes in prayer, yet doubt persists in nagging at her. Prayers escape her lips even when she wonders if God hears.
·      A bit of a dreamer with a huge imagination. She wonders about the residents. She dreams of her husband and how he showed his love for her before he left. The way she sees her neighbors.
·     A sweet personality in loving those with whom she shares the boarding house. Always ready to carry out the tasks they request from her. Sharing her daughter with them. Offering a listening ear when one or more needs to talk.

Simple Characters
Example:
·     The boarding house residents. These are the people in Abigail's current life. Humorous details like Mr. Albert's hair that looks like electricity played a part or Mrs. Owen's orange hair. Sad things like Mrs. Owen's love for her boys even when they fail to visit her, or Mr. Albert's obvious sadness he bears quietly.

Bringing in these various simpler—as far as this story takes us—touches about the characters gives us a glimpse of others that help bring Abigail to life.

There's much, much more to developing characters. Physical, actions, speech, motives etc. all are part of creating interesting characters. Getting it right is vital to a character readers can love—or hate. But you know you've nailed it when readers say: “bring on the tissues” or “true to life characters” Or “I was drawn into the characters.”

That, my friends, is worth every tiny bit of work an author puts into her characters' creation.

About Carole:
Besides being a member and active participant of many writing groups, Carole Brown enjoys mentoring beginning writers. An author of ten books, she loves to weave suspense and tough topics into her books, along with a touch of romance and whimsy, and is always on the lookout for outstanding titles and catchy ideas. She and her husband reside in SE Ohio but have ministered and counseled nationally and internationally. Together, they enjoy their grandsons, traveling, gardening, good food, the simple life, and did she mention their grandsons?


Stitches in Time:  http://stitchesthrutime.blogspot.com/
Posted by A Novel Creation at 2:12 PM