Uncle Noah and the BB Gun

It was a BB gun. I was sure. It was in a long slender package wrapped in red paper with my name on it. If I tilted it on end, I could actually hear the BB’s roll from one end to the other.

My grandparent’s house was in a hollow nestled between the mountains in rural Kentucky. We lived in Ohio. It took us hours to drive down Old 25 and through the southern Kentucky town of Barbourville. Several miles outside of town we turned onto a narrow, rutted dirt road that hugged the side of the mountains as it wound its way through the hollow to their house.

We didn’t often travel in the winter to see them. That is part of what made this Christmas so special. That and the fact that a box in the trunk of our car held an assortment of brightly wrapped presents, including the one I had already concluded was my very own BB gun. 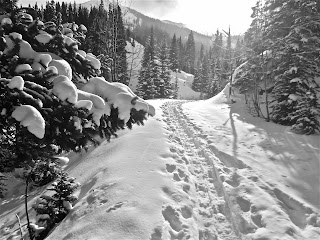 The hour was late by the time we turned on the dark, snow covered, dirt road. My dad drove carefully, his way lit only by the lights on our car. We reached the midpoint of the Stony Fork road at a place my aunt called “the deep holler.” Suddenly we came to a complete stop, stuck in the heavy snow. We had passed a few houses, lit only by the kerosene lamps within. There was no telephone service in the area at the time, so how help arrived, how anyone knew of our plight, I still don’t know. All I know is that soon one neighbor and then another came to help my dad get the car out of the snow. And more important to me, my uncle, ten years my senior, arrived on my grandfather’s mule.
Uncle Noah reached down from his perch on the animal and lifted me up to sit in front of him. He turned the mule around and we started plodding through the deep snow toward the safety and warmth of my grandparent’s farmhouse. Along the way, Uncle Noah talked with me as if I were a grown-up. He taught me how to guide the mule. “Gee for turning right and haw to turn left,” he instructed. I told him about my secret desire for a BB gun. He didn’t laugh at me. He acted as though a five-year-old girl wanting a BB gun for Christmas was the most natural thing in the world.
The journey on the mule was long, but the animal was warm.
Uncle Noah’s stories and conversation made the time pass quickly.
Grandma and Grandpa welcomed me with hugs and kisses. I was happy to see my parents arrive later, the car and its cargo intact.  Soon I was snuggled under the colorful quilt my grandmother had made, sinking deep in the warmth of the feather bed.
The smell of the wood burning in the stove, warm biscuits, hot coffee, and bacon sizzling in the pan ushered in my Christmas morning.

“Presents can wait until after breakfast,” my mother said. Soon though, I was  excited to help in the handing out of gifts to each member of the family. Happy to open the packages with my name on them. There was a coloring book, a Cinderella doll, and finally, the mysterious long slender package with the rattling sound when turned on its end.
I opened the package with great care so as not to shoot anyone. I don’t think my parents recognized the initial disappointment on my face when I pulled out the blue baton. Only Uncle Noah knew I harbored the wish for a BB gun. He didn’t laugh or make me regret taking him into my confidence.

The day turned out fine as I played with my doll and colored several pictures. I managed to not break anything in the house as I attempted to twirl the shiny blue baton.
That was over sixty Christmases ago and the only one I ever spent with my grandparents in Kentucky. I realize now that on that ride through the snow, my uncle gave me gifts greater than my much hoped for BB gun.

He taught me to be available to help people in need,
share with others what you have learned, and
treat people with respect no matter their age. 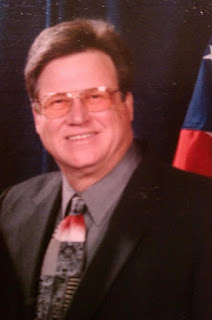 On Friday, December 3, 2021, my Uncle Noah left this earth for a heavenly home prepared ahead of time for him. He lived his life serving others. He was a highly decorated Marine who served in the Vietnam War. He loved people and did anything he could to help others. He was talented musically and had a great eye for design. He was a good and caring man to the end.
Rest in peace, Uncle Noah.