The Sound of the Season

You thought I was going to write about the Sound of Music didn’t you? I watched that memorable musical a few nights ago, singing along with Julie Andrews at the top of my lungs. 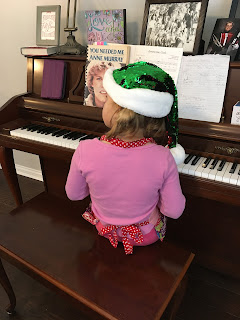 I love the sounds of Christmas. I once had a collection of record albums filled with Christmas music. As a teen, I played them over and over throughout the season. Now I simply ask Alexa to play Christmas music and she obliges.

Music is the universal language. As Alexa played Silent Night, I was reminded of a story that took place in World War II. I don’t remember all of the details, but in 2002, Hollywood came out with a movie based loosely on the true story.

It is reported that during that horrific war, a ragtag team of American soldiers and a similar group of German soldiers, came upon each other in a mountain hunting cabin near the front line of combat. A woman in the cabin and her son, Fritz, had taken refuge in the cabin. The woman fed both groups of soldiers offering what she had as well as the rations they had. She insisted they all leave their weapons outside.

The soldiers, knowing it is Christmas, honor this sort of civilian ordered cease fire. As the story goes, one of the American soldiers began singing Silent Night. Silent Night is a German Christmas carol. All of the soldiers join in as the snow falls outside.

Indeed, music is the universal language and Christmas music is the language of the season. It is filled with two words: peace and joy.

I've often thought how wonderful it would be if we could set aside our differences and join together in song.

This month, I had the opportunity to attend two school concerts. The first was an orchestra presentation and the other, last evening, featured the school choir. My oldest granddaughter performed in both.

I enjoyed both programs. The music was beautiful. Yet there was something different.  I couldn’t put my finger on it at first. I had to mull it over a bit. There were no songs about Rudolph or Santa. Neither evening ended with Silent Night, either.

Yet, as the students performed, the auditorium was filled with sounds of peace and joy and love. Music is indeed the language we all understand.

I hope your season is filled with the songs...peace...and joy...of Christmas.

By the way, if you want to learn more about that snowy night in Germany and the woman who orchestrated that memorable cease fire, Check out Fritz Vicken. After the war, he lived in Hawaii until his death in 2021.

Posted by A Novel Creation at 2:39 AM