Wow! What a busy but rewarding week. I have said it before, keeping up a blog to track my progress in writing this book makes me accountable.  Never more so than this past week. I had to really get into the nitty-gritty of the story I had created and make revisions. 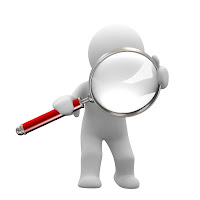 Of course, if you have been reading along, you know I changed Shirley’s name to Livvie. I am thankful I live in this age of technology. I did a simple search and replace command and Shirley became Livvie! I just wish other changes were as simple.

I examined the manuscript to identify those sections where I am “telling” instead of “showing.” I was able to recast some of my story by working it into dialogue or action. I worked on helping my audience “feel” what my character was feeling without coming right out and saying it. We’ll eventually see how well I did that.

Taking the story apart Act-by-Act makes it a manageable task for me. This week I am ready to take on a much larger portion of my manuscript: Act II.

Goals for Act II
I had some specific goals for this portion of my story. I wanted the problem I have set up for Sonja to intensify. I really needed to see how she handled the situation. I also hinted at a secondary problem in Act I that I now needed to develop it in Act II. Act II is also a place where I can spend time developing my characters a bit. What motivates them? What past experiences have made them the people they are at this point in time? Finally, I have a subplot I have been nurturing along. I need both my main plot and subplot to reach a sort of tension; a climax demanding resolution.
A major turning point. Initially I allotted 40,000 words for Act II. I don’t’ think I took that much time to meet these goals, but I will be closely examining the next 40,000 to see.

How My Novel Measures Up
Again, I found it best to read the words aloud and see how it sounds to me. This time I created a sort of checklist to note when I where I found evidence of meeting my goals. 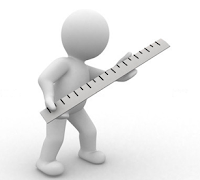 After a cursory look, I see that I need to address the “show” don’t “tell” issue through sections of this part of the book. Not as much as in the first part, though. I think in Act I was anxious to put everything I knew about Door County in just a few pages! I also see I sort of pushed two problems Sonja faces very close together. It was intentional. I wanted that feeling of “when it rains, it pours.” Now though, as I read it, I think it is not only stressful for Sonja, but maybe a bit too much for my reader. I can keep the tension but lessen the stress by moving a few things around. Finally, I think I did a decent job of developing most of my main characters, but in doing so I dropped the ball on some characters I had introduced early on. I found myself wondering, “What happened to Rose?” or  “Did Sonja just drop her friendship with Joan after all she did?”

Where Do I Go From Here?
I obviously need to spend some serious time this next week working on my manuscript. I just want to make sure that by the time I leave Act II, my readers are anxious to turn the page and find out what happens in Act III. I let my mother read the first draft and I think my goal was accomplished in part because she said, “I thought that might happen. I was hoping it would.”

Another thought to consider: Act II has several recipes from the coffee shop in it. I have decided to cut some of them out of the manuscript.  I use these recipes and know them to be tried and true. I thought about putting them together in a free e-book cookbook of sorts. What do you think? Would that be a good idea? Scroll all the way down to add a comment or email me at rwaters.author@gmail.com. If the response is favorable, I will work on a step-by-step cookbook (with pictures and everything) to pass on to you. 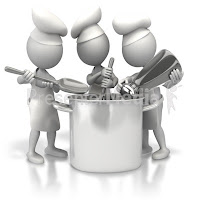