Getting Started in the Fiction Business

Returning from vacation and too tired to cook, my husband and I went out for dinner. We talked about the week ahead.

“I have all these ideas for Wednesday’s blog but nothing seems to gel,” I told him.

“Why don’t you write about how you got started. You know your journey since you decided to leave teaching and start writing,” he suggested.

“Not sure that would be of interest,” I answered.

After dinner I came home to find the following message from a friend now living in Nebraska:

Hey, Becky!
I have been following your progress on your book,
and I'm so happy that you're writing! How cool!

I bet writer wannabes are coming out of the woodwork asking your advice these days, and as much as I hate to be one of them, I will. I write some for The Lookout and write other freelance type things, and I have written a couple of very rough drafts of novels. They're currently just sitting on my computer, but from time to time I consider getting them in shape and trying to publish them. I know I don't do it because I'm scared, but I also don't do it because I'm uncertain how to begin.

How did you get started in the fiction business? The writing part I feel ok at, but I have no idea about publishing. Did you go through an agent? Did you approach a publisher on your own? If so, how did you choose one and how did you know which ones were real and which were just out to get your money in the self-publishing world?

I'm looking forward to reading your stuff. I bet it is great!

Open letter to L,
Let me first begin by saying I don’t have all the answers, only what I have done and learned along the way.
I’ll start with a bit of backstory. My husband had heart surgery in October 2011. We decided at that time to “retire” at the end of December 2012. I had been the teaching field for nearly thirty-five years. I felt I was doing what God had called me to do. Leaving my position at the university would be difficult even though I fully accepted that my role as a wife was more important than my role as a teacher.  I started to pray about it.

Two truths became apparent to me. I had always had a desire to write and like you, had several unpublished works tucked away in dusty desk drawers. The other truth God revealed to me was that God sometimes puts us in a position to change careers to further serve Him. Think about Peter. He was a fisherman and by all counts, good at his job. Then Jesus called him to a new line of work. Just saying. 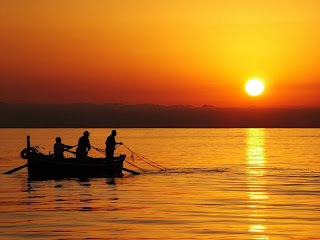 Build a Business Plan
I began my new quest during Spring break. During that week I drafted a business plan. I highly recommend you do this. I wrote a vision/mission statement to identify what I hoped my writing would accomplish. I drafted three goals. (I am of the opinion you should not have more than five goals at any given time.) My goals included daily writing exercises, educating myself on the publishing business, and writing at least 2000 words a day toward finishing my novel.

Education
The education piece included going to a conference on writing. I researched several and decided to go to the 2012 Write-to-Publish conference in Wheaton, Illinois. I couldn’t afford the whole four day event so I went to two. While there I met acquisitions editors, publishers, agents, and authors. It was the best decision I made. The contacts and networking opportunities are powerful. After hearing Eddie Jones’ comments on a publisher’s panel, I made an appointment to meet him. His was not a self-publish venue. Here is what he said that piqued my interest: 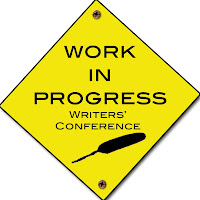 ·      You can’t pay us to publish your book.
·      We will not publish your book unless we think it will do well. That protects you. Agents and traditional publishing houses will look at your sales on your first book to decide if they can afford to take a risk on you.
·      We publish e-books and print-on-demand. That is the best way for a new author to break into the field.

We met. We talked. I gave him a synopsis of my book and two months later I received a contract. I read it, prayed about it, discussed it with my husband, and my book is scheduled to come out in March. I am convinced the best place to find a publisher is at a conference.

Agent or No Agent?
I heard a talk given by Lynn Austen. She has never had an agent. She said her agent is God and he only requires 10%! That is not to say I will never have one. I don’t have an agent now, and at least at this point, I have found agents more difficult to communicate with than acquisition editors. Agents tend to want you to prove yourself first before they will consider you.

The World of Fiction Writing
To enter the world of fiction, you may want to join a local writers group. I didn’t find one meeting during the times available to me so I started one. Now I am joining American Christian Fiction Writers (acfw.com). The $65.00 annual fee includes tutorials, critique groups, etc. It is kind of like having your own personalized conference on-line.

So there you have it. Everything I know about starting a writing career.
Much love,
Becky


P.S. Let me know how you are doing in your own quest to become a writer. I'll be praying for you!