Meet Karin Beery! Karin and I met at the Breathe Conference for Writers in Michigan last fall. She is a bright, high energy editor and writer. If you have a manuscript in the works and need another set of eyes on it...she's your girl! I asked Karin to offer some of her best advice for new writers. This is one post you will want to bookmark. Be sure to add Karin to your list of professionals. 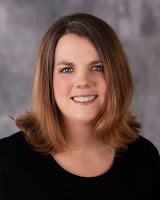 Owner of Write Now Editing and Copywriting Services, Karin Beery specializes in fiction and professional business copy. She is an active member of American Christian Fiction Writers and the American Christian Writers Association. A Christian Proofreaders and Editors Network member, she is the Substantive Editing for Fiction instructor for the PEN Institute. Karin is represented by literary agent Steve Hutson at Word Wise Media. You can connect with her on Facebook, Twitter, or at her website, www.karinbeery.com.

I’ve read many levels of manuscripts, and, regardless of genre, there are several signs that scream “Amateur!” When I say “amateur,” I’m not talking about unpublished authors – there are many great authors out there who have yet to publish a book. The amateur writers are those who still need to learn the most fundamental rules of writing fiction.

Here are six of the most obvious signs of an amateur writer (and tips for correcting them):

1.    Formatting. Times New Roman, 12-point font, double-spaced, no extra spaces between paragraphs, auto-indent on the first line of a paragraph, 1-inch margins. That’s the industry standard. Anything else turns on that big ol’ amateur sign.
2.    Bold. ALL CAPS. Underlining. There’s no reason for bold, ALL CAPS, or underlined words in a novel. There are a few instances when italics are acceptable, but sparingly (a few times per novel, not per page). Stop trying to give your words emphasis; let your story do it.
3.    Exclamation points!!!!! In a novel, use an exclamation point in dialogue to show when a character is yelling. That’s it. If you want to show excitement, use actions. Leave the exclamation points on the keyboard.
4.    Bellowing, cackling, etc. There are only three dialogue tags you should ever use: said, whispered, and questioned (and some will argue that the only acceptable tag is “said”). Any other tags are telling. Let your characters’ actions show what else is happening.
5.    Starting with back story. Every character has a past, but that’s exactly what it is – the past. You’re starting in the middle of that character’s story, so start there. Reveal past details as (if) needed throughout the book.
6.    Large info dumps. The dialogue starts, then runs into a paragraph (or more) of information. That’s an info dump, and it stalls the action. Stay in the scene and reveal that information when (and if) necessary.
Most of these amateur mistakes can be spotted without having to pay close attention to the manuscript. These are what every writer should know and include in his/her manuscript, yet more often than not I see new writers committing these easy-to-fix mistakes. Take some time to clean these things up and you can shake that amateur label.

If you’ve already started to recognize and correct these mistakes, you could probably consider yourself a novice. The novice writer is a little more advanced, but there are still some signs that the writer is new.

·      Telling words. She thought; she heard; she observed. Any word that tells us what your character is doing is a telling word. Instead of, “She heard the door close,” just show it: “The door slammed shut.”
·      Head hopping. Each scene includes only one point-of-view. There may be more than one character in the scene, but the reader can only see/hear/know what one character sees/hears/knows. You can change points-of-view between scenes, but stick with one per scene.
·      To-be verbs. Another form of telling, was and were tell the reader what’s going on instead of showing it: She was happy. Instead, show me: She bounced up and down, unable to control her giggling.
·      Transitions. A character walks into a room, then she’s sitting at the table eating, but nothing ever showed her going to the refrigerator to get some food or sit down at the table. Often novice writers will skip these because they think it’s telling, but it’s necessary to see how characters get from place to place, scene to scene.


These ten items are the most obvious signs of amateur and novice writers. Once you have a good understanding of how to avoid and eliminate these things, you’ll start seeing different responses to your manuscripts.
Posted by A Novel Creation at 12:00 AM