The Most Important Sentence You May Write

If you have a dream to write, this is the year. Why? Well, to quote my mother, “There’s no time like the present.” I have a couple of other reasons as well. First, I’m here to help you. And second, I’ve dedicated this blog to help you create the novel you always wanted to write. Remember, I have a schedule for A Novel Creation:

·      The first Wednesday is dedicated to the business side of writing. To that end, I developed three handbooks to help writers become authors. The series is called Writing to Publish. Last week I wrote about the first book in that series, Designing a Business Plan for Your Writing. If you missed that post, I’ve linked it HERE.
·      The second Wednesday of each month is dedicated to the craft of drafting a novel. More about that later.
·      The third Wednesday I try to feature a guest author with either a post or an interview. These prove to be insightful and allow readers to see a bit behind the scenes of a variety of writers. Next week Karin Beery, a professional editor offers great suggestions for all of us before as we write and before we present to an agent or publisher.
·      The fourth Wednesday I usually reserve for whatever is on my mind. And on my mind right now is YOU. I want this to be the year you succeed. 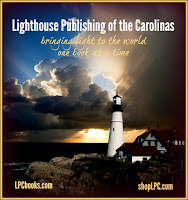 A Novel Creation is a roadmap for you to follow as you write that book that keeps rolling around in your head. Will it sell? Maybe. Maybe it will be a gift for your children or grandchildren. Maybe that first book will be a way for you to launch another idea, to get your creative juices flowing, or to develop your writing ability. Whatever you do with the book, finishing it will be your first measure of success.

Today I'm going to talk about where to start that novel: The Most Important Sentence You May Write.

Forced to live under evil oppression a small band of rebels rally to overcome an evil being whose new weapon threatens their very existence.

You can see from this premise there is not a ton of information. This story could go anywhere. Small band of rebels? That could be the French resistance or the Star Wars rebellion. A new weapon? Could it be a new rocket or the Death Star? Let's try to flesh it out a little bit.

A small band of rebels led by a feisty Princess rally to overcome an evil oppressor empowered with a force beyond understanding who has captured the princess and has control of a new weapon that threatens all that is good.

Now we have at least two characters. We have a feisty Princess who we know is good because she is leading people to overcome an evil oppressor. We also have the evil oppressor who has a force (we could even say a mystical force) and a new weapon. Let's refine a little more.

A small band of unlikely rebels set out to rescue a feisty Princess from an evil oppressor who not only is empowered with a mystical force but who also has control over a new weapon that threatens all that is good in the universe.

It helps to pack as much into your premise statement as possible. However, here are a few more examples I took from movie descriptors. I randomly selected these from movie stations on cable. You’ll see the premise here is simple. I tried to find a few from differing genres.

“Colorado teens fight back after Soviet troops drop into town for WWIII.”

Note that although this descriptor is short it is full of tension. Who are the teens? How do they fight back? How did the Soviet troops “drop into town” and why? WWIII? What does that look like?

Here is another one. And hey, it was old movie day. What can I say?

“A boy and a girl from different backgrounds fall in love regardless of their upbringing - and then tragedy strikes.”

Who is the boy? What is his background? Who is the girl? What tragedy strikes? If you guessed Romeo and Juliet, you would be wrong. Try a movie from the 70’s. However, some themes play out over and over with great success.

Take a look at this one. It is a fairly recent comedy.

“Four friends conspire to turn the tables on their women when they discover the ladies have been using Steve Harvey's relationship advice against them.”

This one begs us to wonder what relationship advice Steve Harvey has dished out and how? And we know we have at least eight characters in this movie: Four men and four women.

I think you get the idea. You are ready to write the one sentence that captures the essence of your story. It should hint at the characters and the trouble brewing.

And just for kicks, here is the official Star Wars premise.

“Luke Skywalker joins forces with a Jedi Knight, a cocky pilot, a wookiee and two droids to save the galaxy from the Empire's world-destroying battle-station, while also attempting to rescue Princess Leia from the evil Darth Vader.”

Book 1 in the Writing to Publish Series, Designing a Business Plan for Your writing is now available for $2.99 on Amazon.


Click HERE to view the book or order your copy.