Homework? At My Age?

Homework? At My Age?

Did that title say something about HOMEWORK?

Yeah, well, the truth is simple. If you don’t fully understand something, you need to do your homework.

We do a quick “google search” to find out how to install closet doors. We find a book to learn what we can about investments. We ask questions of friends and study the Bible.

Purposeful, meaningful homework is not only good… it is necessary.

I’m a teacher so I get it. I’m also a writer. I am working on a suspense novel. I offered it to some beta readers who gave me feedback. I cut and rearranged and kind of watered down some of the story, while I beefed up other parts.

Satisfied, mostly because it was “done,” I sent it off to a publisher.

The response was actually good. No, they did not want to publish the story as is, but they said they liked my writing. They gave me specific areas I needed to address. They encouraged me to do a rewrite and resubmit it to them. And…this is big…they offered to work with me.

In one of the comments the editor wrote something to the effect that I seemed to have the detectives there, not to solve the problem but to fill in missing information. Busted! That was exactly what they were doing. It was weak and I knew it.

So I embarked on doing some homework. I studied the genre, picked through my manuscript as a reader instead of a writer and started reading suspense novels both outside and within the Christian market.

Then my homework turned to movies. Pen and paper in hand, I began immersing myself in suspense movies such as Along Came a Spider and Double Jeopardy. It was easy to get lost in the story and forget to take notes. (Sounds a bit like my high school days.)

Then a friend found an old movie he thought might fit the bill. The 1994 flick, The Puppet Masters with Donald Sutherland is a suspense albeit sci-fi film. There is absolutely nothing about this movie that would have made me choose it. But I watched. I took notes. And I learned.

Because the movie was not something I would have picked up off the shelf, I was able to readily tune-in to the elements essential to carry the story.

There is an idyllic opening scene with farms and children and a summer day.

Then? A disturbance. In this case a flying saucer lands in rural Iowa.

We meet a team of scientists (our protagonists) at the airport as they head off to investigate. They are introduced early in the story so we’re pulling for them to succeed.

At one point, the lead scientist says, “What we need to know is who we’re fighting and what they want.” This is the defining goal for our protagonists. (By the way, we’re talking about alien creatures that look like giant slugs.)

Each team member, at that point offers specific information. Each character has a purpose…one piece of the puzzle.

“The trick is…” to find a specific vulnerability of the aliens who are now taking over humans and wreaking havoc.

One of the researchers becomes infected with an alien. This is a twist.

I won’t go through the whole movie for you. I think you get the idea. I was able to dissect the movie in terms of story development.

I shared the experience with my daughter. She put into words what I was experiencing this way:

“I think because it’s not something you would typically watch, you’re able to see the mechanics behind it all.”

That’s it. I wasn’t so caught up in the story I could analyze how it worked.

True, but now I’m thinking about all those books I had to read in high school. Classics, they called them. Homework. Maybe there was more to it than a crazy story. Maybe they were about the ebb and flow…the mechanics of life. 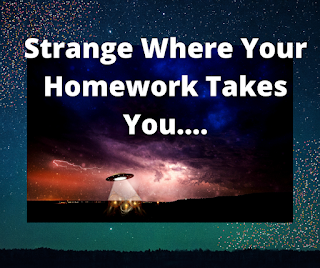