This is where I left off last week:

It’s the story of Karen, who finds herself in the middle –middle age, middle child, and now in the middle of dealing with her aging mother. Dementia? Couldn’t be. But Mimi, as she’s known to her family, is not herself lately. She makes Karen promise to never let anyone put her in a nursing home. Can Karen keep that promise as Mimi becomes more and more disoriented?

The idea has been taking shape for a while. I know people who deal with these issues. My daughter and I had some interesting discussions about Alzheimer’s following a research project she completed.

But what, exactly, is Karen’s story? I started by laying down a story line. I wanted more than a description of day-to-day living. True, everyday life with someone who has dementia is fraught with tension, but I need something more. 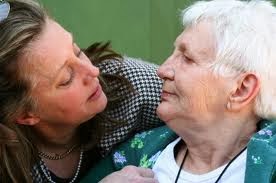 I began talking with people in the “sandwich” generation –those who care for a parent while still raising a child. More tension. I gave Karen a nineteen-year-old son who still lives at home.

Family disagreements and stress seem to also be common factors for people finding themselves in this dilemma. I could see from the start, this project would have a family of characters to develop and weave into Karen’s story.

I started writing. That seems to be the hardest part for writers. Starting. I gave myself interim assignments.

By the time I finished the first three days of writing, I figured I would have 1500 words and a strong sense of direction for the book.

Wrong. But in a good way.

The First Days of Writing
By the end of three days, I had eight scenes drafted on story cards.  This will help me stay on track as I write. I can actually draft the scenes, and although they may change, I know where I am heading and write from one scene to the next.

I created a spreadsheet with my characters, their ages, jobs, relationships, and a few quirks. I know I’ll add to that as I bring other people into the Karen’s life. By the way, to decide on names for these characters, I searched the internet for the most popular names for the years I determined they were born. 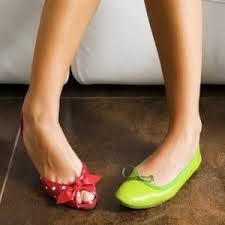 I have eleven “worst case scenarios” for Karen. I may or may not use all of these, but I like having them available for those times when my story starts to drag. A little tension may put stress on my characters, but it will keep me and my readers happy.

The outcome? I became so engaged in the story, in the first three days I wrote 8747 words toward its completion.

I now have 11, 973 words down and Karen’s story is beginning to take on a life of its own.


So how is your writing going? What projects do you have in the wings? What tools do you use to kick start your writing? Let’s share ideas and help each other in the process.


Next week I'll tell you a bit more about Karen. Invite your friends to join the journey. If you have ever thought about writing a book, or ever wondered how a novel comes about…join me here. Be sure to sign up for email notifications. Your email is not shared with anyone (even I don't see them) but each week when I post, you will be notified.