Karen is the main character in my latest novel. The story is written from her point of view. Since this blog is intended to encourage others to write, I thought it might be helpful to share with you the process I used to come to “know” Karen.

I wanted Karen to be of an age where she would have a mother old enough to be going through the kind of dementia I intend to take her through in the story. Don’t misunderstand. I know dementia has no age boundaries and can happen to people who are younger than Karen’s mother, but statistics reveal (yep, they’re out there) that the aging process brings with it more likelihood of dementia.

I decided Karen’s mother was seventy-four. Initially I had her at sixty-nine –too young to have to go through this but old enough for it to be possible. When I gave Karen siblings, I bumped Granny’s age up a bit, and then to make her next birthday (which takes place during the story) a big deal, I decided on seventy-four. I haven’t told the rest of my characters yet, but I think they’re planning a big celebration for her seventy-fifth. 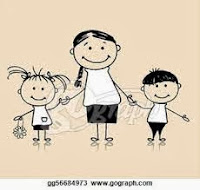 After considerable thought, I made Karen the middle child. That will be helpful I’ll be able to help my readers understand her through some of the interactions she has with her siblings.

I placed Karen at fifty. I have a few things in mind for her now that she’s reached the big 5-0. I also knew I wanted Karen and her hubby, Bill, to have a son who still lives at home. They only have the one child. Sorry, Karen. I know you wanted more, but this turns out to be a good thing for me since I can’t handle too many family members on the page at the same time.

How old was she when she had her son? How old is her son? He could be young and full of energy or perhaps he’s a teenager with plans of his own. I’ve lived through those years. Is there a story here? She could have had a previous marriage with no children. She and Bill could have married later or put off having children until their careers were in place.

After much thought, I made her son eighteen-years-old. She was thirty-two when he was born. And yes, there is a story. Karen and Bill tried for three years to have a child. After several emotionally draining miscarriages, they gave up. Then six years later, Matthew William Davis, their miracle child was born.

I already know Karen is going to wrestle with issues surrounding care for her mother. It’s the crux of my story. Initially, I gave Karen a job as the administrative assistant at a local elementary school. The benefits were pretty good, but it was a job she could take or leave without much thought. So I promoted her. I decided instead, she had been a teacher and is now an assistant principal. She has ideas. Plans. She loves her work. A couple of principals in her school district are retiring this next year. Karen has high hopes to be named as Northbridge’s building Principal for the forthcoming year.

I know quite a bit about Karen. I know where she went to college, how she met her husband, her favorite foods, what she likes to do in her free time, and where she goes to church. Is all of this in the story? No. But it could show up. I put all of it on the excel spreadsheet so I can keep my facts straight. Can I change it? Of course.

How do you create your characters? What do you need to keep in mind as you write your own story?