The Craft of the Draft: Strategies for Writers

I’m not talking about those who carefully outline each chapter of their novels—nor  am I speaking of those who take an idea and fly by the seat of their pants –the planners and the pantsters we say in writing circles.

I’m talking about the writing. The rhythm and flow of getting the first draft down on paper. I’m talking about resisting the urge to edit or revise as you go. It is the equivalent of slapping paint on the entire canvas and then going back to bring clarity to the picture.

Every successful author I’ve interviewed or chatted with online agrees on this singular point: Pour out your story in the first draft. Save the editing and revising for later.

Ernest Hemingway once said, “There is nothing to writing. All you do is sit down at a typewriter and bleed.”

Yep, that first draft is a messy process. It is pouring everything in you out onto a piece of paper… or into a Word file. Many would-be authors freeze. They worry their words aren’t good enough. They cringe at the idea someone might read their first attempt and scoff. They want perfection in an imperfect world.

Last year I posted a piece about lessons I discovered about writing from learning to mow the lawn. (If you want to read that post, CLICK HERE) The big take-away for me was the advice my daughter gave me when I worried I wouldn’t do a good job cutting the grass. She said, “There are a few things in life where done is better than perfect, Mom. Cutting the grass is one of them.” Getting that first draft of your novel down on paper is another one.

Getting it down. Getting it done. Done is better than perfect.
Maybe you put “write a book” on your list of goals or resolutions for 2016. Maybe you did it. Maybe not. That particular resolution may be off your radar at this point…right there with the “lose ten pounds and run a marathon.”

I have good news for you. The year is not over. You can still pour out your heart and soul into a book of your own making before the year’s end.  There is still time for you to write that first draft. Still an opportunity for you to talk about the book you wrote this year at the Christmas party instead of the book you’d like to write…someday.

Here are three strategies to make your dream come true:
1.    Five hundred words a day for the next 99 days will allow you to type “the end” just before you head out to carol your neighbors. Just get it down. It doesn’t have to be pretty.
2.    A thousand words a day and you can take the weekends off.
3.    Sign up for NaNoWriMo and hammer that manuscript out in 30 days…the month of November. (For more info on NaNoWriMo, go to nanowrimo.org and explore the site. NaNoWriMo stands for National Novel Writing Month. ) 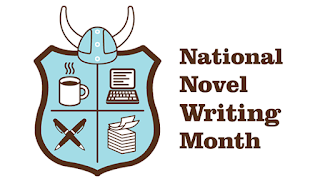 We’re talking about a 50,000 word manuscript here, a sense of accomplishment, and the start to a new life adventure. In the coming weeks I’m going to give you more tools to craft a draft. So are you “in”?